For Yoon-Suin, I came up with a little set of random tables for generating the ghosts which haunt the jungles of Láhág. Here they are: 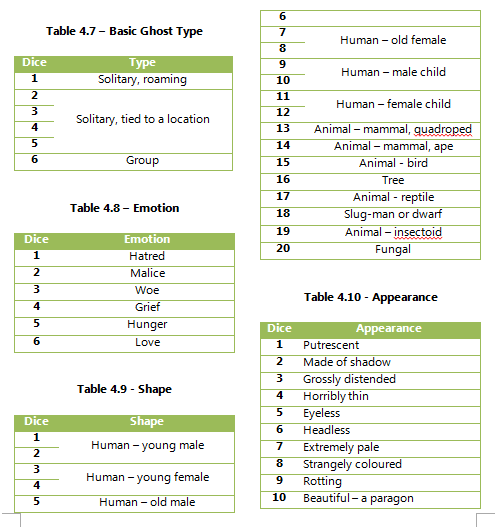 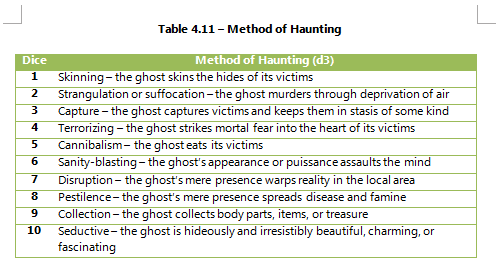 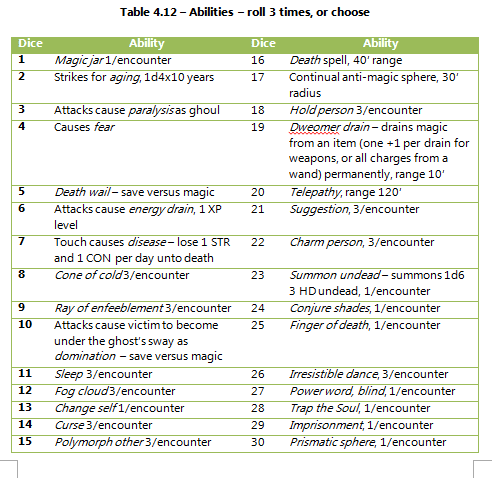 A ghost created with this method:

Mother Baxawalu. Mother Baxawalu haunts a vast Banyan tree growing at the bottom of a dark, ever-misty ravine. She appears as a naked old woman, carrying her own severed head in both hands. She tries to ensnare anybody unfortunate enough to stray into her ravine through the use of her sleep and hold person spells; once she has them in her power she ties them to branches in the Banyan tree and attempts to adopt and raise them as her own children, treating them like her family and trying to convince them of her undying love. Unless they escape, they typically starve to death or die of sheer terror and despair.

Mother Baxawalu, it is said, was the mother of a zamindar of the town of Alipurduar, who was taken to the forest and beheaded by her own sons after they mistakenly assumed she had been unfaithful to their father. Stories of her haunting terrify local children, and the very sound of her cooing voice is enough to cause fear to any who have heard her tale.