On Friendly Algorithms and The Southern Shore of Bubghismur

A new discovery: a fantasy map generator which has become my obsession: http://mewo2.com/notes/terrain/

The best thing about it? It also comes with a built in language/name generator. The stuff it comes out with is amazing: 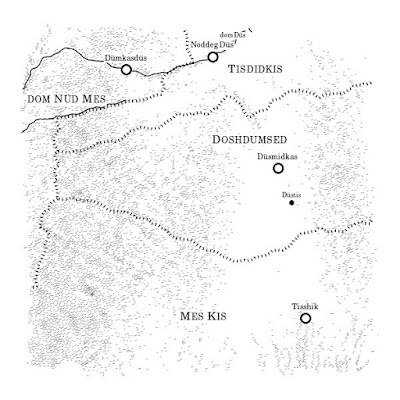 The Kingdom of nal Korphu 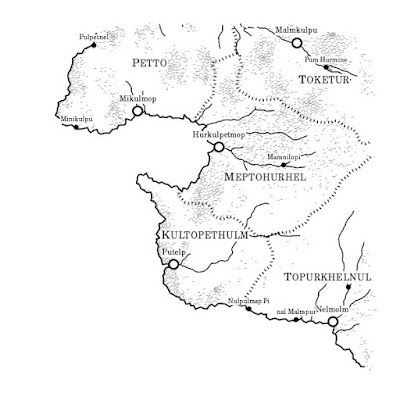 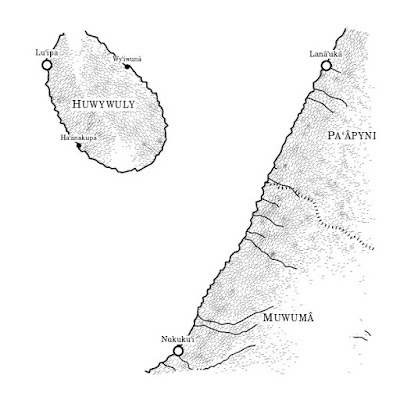 The Southern u Moostia Wastes 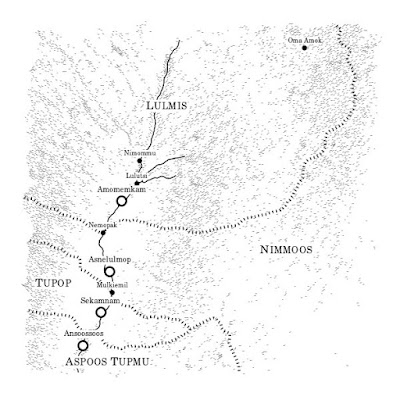 The Sultanate of Lost Eskinoot 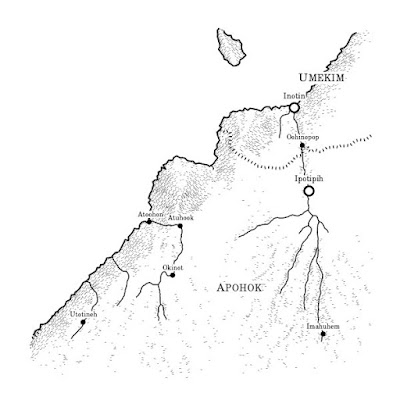 The Sultanate of Lost Eskinoot. This stuff is GOLD.

Check out the twitter feed, which spits out a new map every hour: https://twitter.com/unchartedatlas

There is quite a lot of public discourse about how AI and algorithms are going to fundamentally rob us of employment, agency, and meaning. I am to some degree persuaded that is true, but at the same time there is also a lot of public discourse about how disruption associated with major technological change also brings new opportunities and tends to simply enhance what human beings already do rather than replace it. (People who makes this argument tend to forget that industrial revolutions also tend to come along with major international armed conflict and/or major social rebellion and civil war, but still.)

But anyway. This deployment of an algorithm is a case in point for the latter argument: a new technological development that does not replace human creativity but enhances it. These maps don't do away with the need for human imagination - they spur it on. What is the Sultanate of Lost Eskinoot? What is Eskinoot and why is it lost? Who is the Sultan? etc., etc. The questions flow out instantly and overwhelmingly. Suddenly you've got an entire campaign setting.

To illustrate, here's one I created earlier - The Southern Shore of Bubghismur. I might key it all out properly in a future post, but this took me maybe 20-30 minutes earlier on: 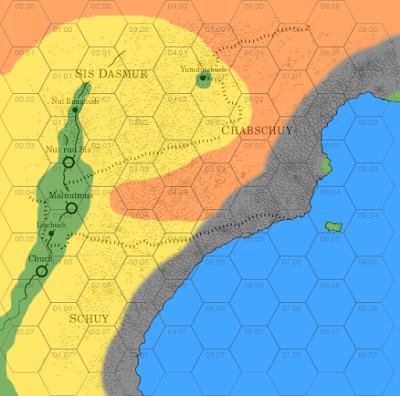 Red-orange is arid desert. Yellow is semi-arid desert. Green is flood plain/wetland/vegetation (the spot around Yumdutchuch is an oasis). Grey is rocky hills and scree/cliffs. Now all I need to do is actually key it out properly.