Some more thoughts on hex crawling and wilderness adventures today; this time, focusing on actual travel itself. It's my submission that a DM running a game involving wilderness travel should know and love wilderness travel; it is important in running such a game to consider not just random encounters tables and pre-positioned adventure locales, but also the more subtle issues - how does it actually feel to be out in the wild? How would wilderness encounters actually play out in practice? How does the geography itself act as both threat and tool? Of particular interest to me is the question of distance (at what distance do wilderness encounters occur?) and surprise (how is it that a party of adventurers becomes surprised?). While hiking around Craster on Monday I started thinking about those questions. 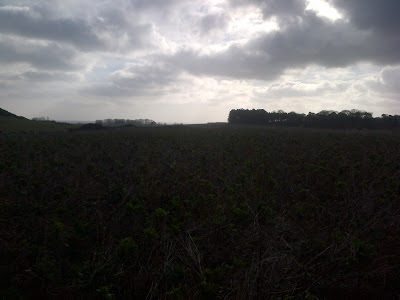 This is a field of cabbages. The plants are a probably two feet high and visibility is low; it would be extremely difficult to spot an enemy in those fields who wanted to be invisible - they could simply drop down amongst the plants and submerge themselves. Moving around on your belly to stay out of sight would pose its own difficulties, however. The plant life is thick and difficult even to walk through. And, as we shall see, this being England... 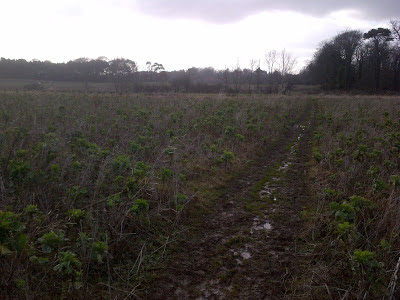 ...the ground is as muddy as fuck. You would be breathing in dirt lying in amongst that. It's also demoralizing merely to walk through, and I'd imagine nigh-impossible to run over, least of all in full armour. An important consideration if a band of orcs suddenly appear from the undergrowth to the left where they've lain in hiding. They're unlikely to be hidden there, though. Look also where the path leads. The choke-point in the path between the copse of trees and the line of shrub is a more-or-less perfect ambush spot. Surprise distance here could be a matter of a couple of yards. 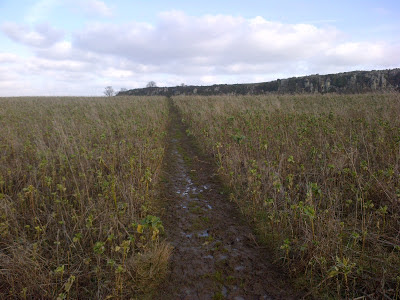 This is the other direction for the path above. It shows the importance of the high ground. Somebody on top of that escarpment (known as a 'heugh' locally, and the site of an iron age hill fort) could see anybody moving along that path from literally miles away. Surprise distance in this scene could be half a mile at the very least. 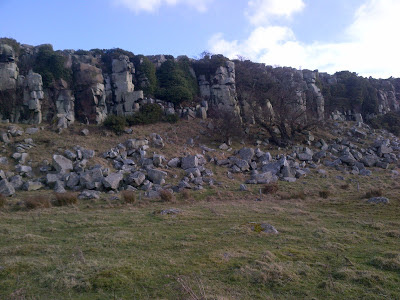 A close-up of the above escarpment. Difficult to climb, though not impossible (I did). Those green bushes are gorse, though - it's prickly and painful and blocks movement. And if an enemy appears while you're half way up, you may as well just drop your pants and bend over. 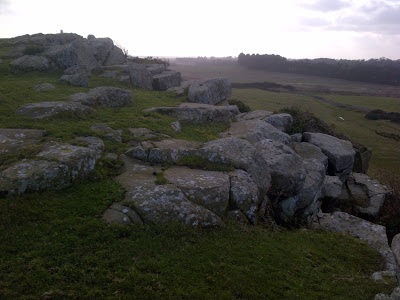 And the view from the top. It shows how exposed anybody would be moving in the open ground below - but also shows how difficult it would be to see somebody on the hilltop from down below. There would be almost no need for a surprise roll out here. Somebody on top of this hill would easily see anybody approaching, and could just as easily hide amongst the rocks up at the top. 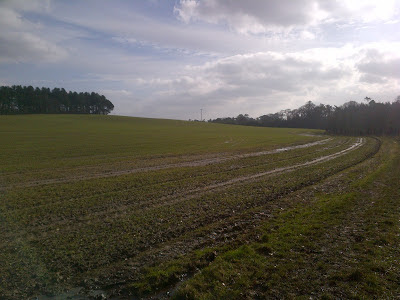 A typical muddy English field - the same comments about running through that mud apply: you couldn't. If I was a band of orcs, I know where I'd be - in the copse to the left. But it's important to consider the role of animal life... 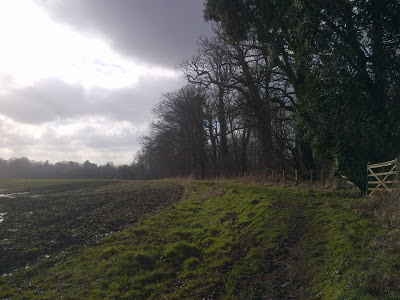 ...because, although you can't see them in this photo, the woods here on the right are packed with jackdaws and wood pigeons. As soon as you approach they scatter, crying out with loud abrasive voices. Again, think about an encounter here: what would a failed surprise roll mean? It might not be that you've been spotted. It might just be that somebody has spotted the birds which you have disturbed. A nice way to build tension - the players notice a few wood pigeons suddenly scattering up ahead. They know something has flushed those pigeons. But what? 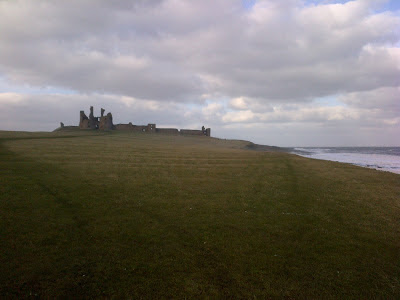 Dunstanburgh castle. People who built castles knew what they were doing: imagine trying to assault that. The House of York apparently did it during the Wars of the Roses - the solution was to blast it with cannons. Notwithstanding that, you might want to give it a wide berth - but it would have to be very wide, because it is surrounded by open ground. 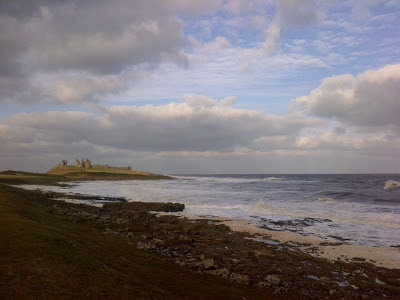 A view up the beach to the castle. Beaches aren't always sandy. Those rocks are slippery and take ages to clamber over. Again, forget running. And if you're in armour heavier than leather, roll a d6 per turn: get a 1 and you fall over. 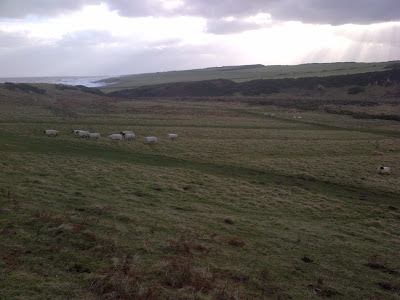 A sheep trail. Game trails are an important way to move around, because they are usually more clear than the surroundings, but they have a bad habit of leading nowhere, or going round in circles. A bigger concern is the sheep themselves: sheep are easily disturbed, and they tend to baa the alarm when a stranger appears. Again, the surprise roll might just mean the local troll has heard the sheep warning of your arrival. 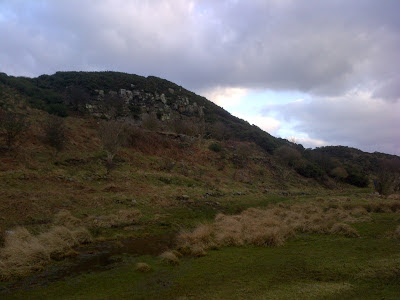 Another heugh. Plenty of places to wait in ambush for anybody walking along that boggy path. 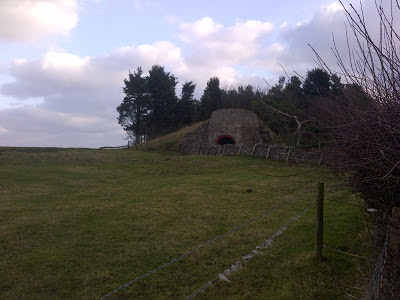 An old limestone kiln set in the trees. There could easily be something hiding in there: and it would most definitely see you before you saw it, hidden away in the dark like that. Sneaking up on that structure would be a challenge in itself. You might be able to skirt around from behind, but the chances of being heard are still high. 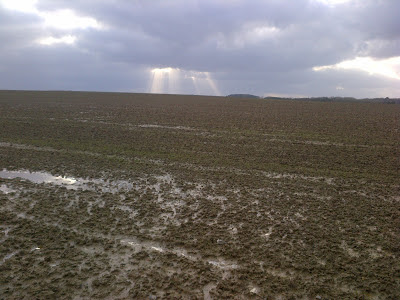 The long hard slog of a journey. Imagine walking through that. Now imagine doing that for a week. No wonder people didn't get about much in the medieval era.