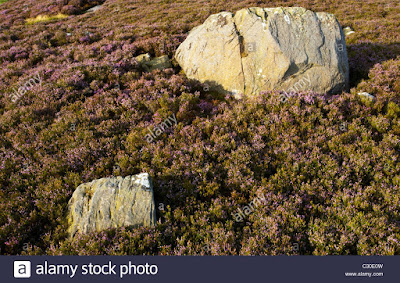 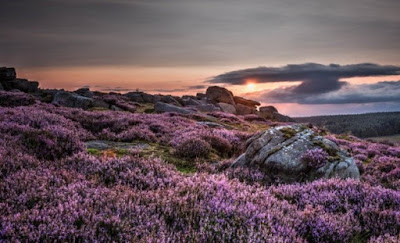 Maybe that would be a fun campaign setting to run a game in.
Posted by noisms at 21:56 18 comments:

I spent all weekend hiking in the countryside. This being England, and this being November, this meant rain and mud. Lots of it. There is a certain point in the English autumn at which there is almost daily rain. The earth gets completely saturated, but the temperature no longer gets much higher than 6 or 7 degrees and the standing water does not evaporate. This turns the entire country outside of towns and cities into a gigantic bog of mud and swamp-like quasi-lakes of brown water.

It makes you realise why there was a campaign season in the good old days. Sure, you had to get the harvest in and armies were extremely hard to supply between October and March. But getting from place to place on foot is also just a gigantic pain in the arse. Better to just stay at home and wait for spring.

I did some hikes that I have done before and worked out that I was on average travelling at half my usual pace just because I was constantly having to pick my way around impromptu bodies of water where once there was grass. This also meant that I spent most of my time looking at the ground rather than the world around me, because I was more or less constantly picking my way from one patch of firm ground to another - like stepping stones.

We tend to think about the weather and terrain as basically being a matter of movement rates when we remember them at all. Just as relevant, if not more so, is I think the surprise roll. When the weather is bad you have to concentrate. If there had been a gang of goblins out there on the hunt, I would have been a sitting duck. That's not even to mention footprints and the ease of tracking.

1) During heavy rain, in random encounters intelligent creatures (including PCs) are automatically surprised unless they have prepared for rain or their nature suggests otherwise (Trolls, for instance, are unlikely to be concerned by mud)
2) Tracking during heavy rain and the following day is automatically successful
Posted by noisms at 04:41 12 comments:

One of my favourite techniques for giving players a little bit of narrative control and a stake in setting creation without getting all storygamerish about it is giving them opportunities to describe their PCs' dreams and hallucinations.

If the PCs get the opportunity to take a hallucinogen or are put in that state magically, go on a spirit journey, or the like, I will often ask them: what does your character see? Or, alternatively, I will sketch out a scene ("You see yourself on the back of a flying whale" or whatever) and ask them to add some details ("Where does the whale go?").

They will without fail come up with something that you:
a) Would never have thought of yourself;
b) Can incorporate into the game somehow, turning the hallucination into a "premonition" of some kind.

You have to do this sparingly, and in a subtle, non-obvious way. It's no good being literal about things - you need to get dream-logical. The best approach is opportunistic: you might never use the "whale flying to the stars" motif even metaphorically, but you never know when something star or deep-sea related will come up, and when it does...

I have been reading Arrian's Anabasis lately. It is fascinating how much ancient people relied on what they thought were the correct interpretations of goings-on in the natural world. For example:

[W]hen Alexander was still besieging Halicarnassus and was taking a midday rest, a swallow had flitted about over his head chirping loudly and settled here and there on his bed giving voice in a more than usually insistent way. Alexander was too exhausted to wake up, but the sound bothered him in his sleep and he brushed the swallow away with a light sweep of his hand. Far from flying off at his touch, the bird perched right on Alexander's head and kept going until he was completely awake. Alexander took this business of the swallow seriously and recounted it to Aristander of Telmissus, a seer. Aristander told him that it signified a plot by one of his friends, and meant also that the plot would come to light, as the swallow is a domestic bird, friendly to man, and the most talkative of all birds.

I love this kind of thing, because it is so immersive in a strange and beautiful and foreign way of conceiving of the world. How to use it in a game is difficult, but I wonder whether one method might be something like:

You could. of course, do something similar with the interpretation of dreams: every so often you could roll on a Random Dream Table and ask for the players' interpretations accordingly, following a similar pattern to the above.
Posted by noisms at 03:39 5 comments: