High Concept Megadungeon: The Corridors of the Crocodilian Mind 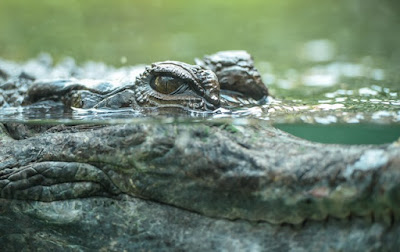 The mind of gharial is old, very old, older than men, older than the mountains, older than the gods, older than time. They have lived unchanged since the world was a formless mass and they and their prey were all that lived in the newborn waterways of that primordial earth. To the gharials the oceans themselves are young.

Inside the ancient corridors of a gharial's mind are memories of such antiquity that all trace of them have faded elsewhere in the world. Beasts long extinct whose bones are now dust. Spirits whose substance have gradually tattered and frayed down the eons until nothing remains. Civilizations which have risen and fallen and whose ruins are no longer even part of distant legend. Lands which have sunk beneath seas so deep that not even the kraken have seen them. The ghairals have witnessed it all and it lives inside them still.

Memory. The mind of a gharial is a store of it so vast that its extent is beyond contemplation. If one could get inside such a mind one could discover secrets and wonders from beyond time itself - if one could survive the things which live within the memories of the oldest of the old. 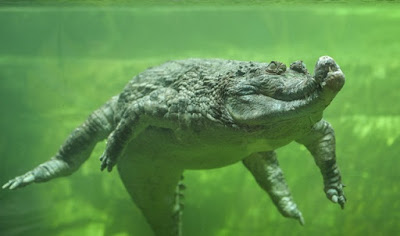