The most popular children's character in Japan by a country mile is Anpanman. Forget Pokemon and Hello Kitty. Those are for foreigners. If you want to know what actual Japanese children are into, it's Anpanman all the way.

The interesting thing about Anpanman is that almost every character who ever appears is a unique, named individual. According to wikipedia, in the first 980 episodes and 20 films there are 1,768 distinct named characters - and most of them recur from time to time in the vast range of merchandised products available to waste your money on, ranging from snacks to bikes to nappies to stationary. For a sample of this, here are some random pictures from an Anpanman iteration of the Where's Wally? idea. 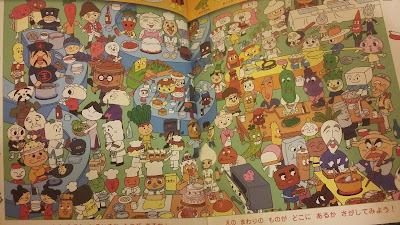 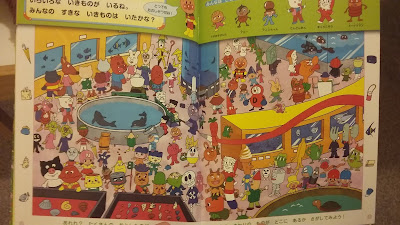 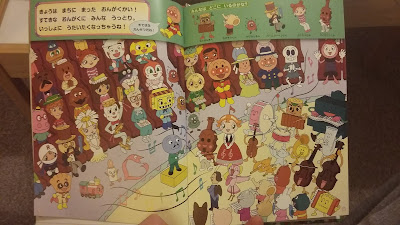 As you can perhaps see from these photos, this lends the Anpanman universe an unusual atmosphere: half-Star Wars cantina, half-small town in which everybody knows each other. The characters are in one sense a throng, but in another are portrayed as distinct persons each with their own goals, desires, hopes and fears. What they are definitely not is just "orcs" or "storm troopers" or "klingons" or whatever. They are people. Most children's TV series and books are a little like this, but Anpanman is unique in the scope and range of characters appearing in it.

I very much like the idea of a D&D campaign in which not just every NPC is a distinct, named individual (this may be one of the best bits of advice in Apocalypse World, actually), but in which every single monster is also a type all of its own. I don't just mean that every orc in the group of 6 you've just encountered has a name; I mean that you didn't just encounter a group of 6 orcs - you encountered a group of 6 individual beings, allied together but all of their own individual kind. This requires time and effort (or a really big and detailed random table) but would I think be worth it - because it would make every single encounter, every single lair, an event and a surprise.
Posted by noisms at 05:21