A Historical Geography of RPG Playing

When I was a lad, knee-high to a grasshopper, playing RPGs was a secret shameful activity one generally conducted in a darkened room - typically somebody or other's bedroom or attic, occasionally a living room. Usually this room was covered with posters of hot women (Louise from Eternal, now better known as Louise Redknapp, was a particular favourite) and there was Warhammer paraphernalia everywhere. As time went on, there would also be the stench of cheap pot, teenage male sweat and grease, and unwashed leather jackets. 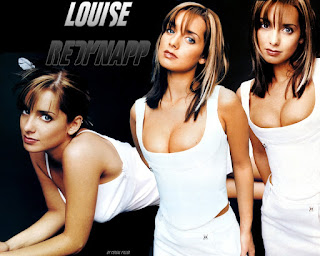 Many years later, playing RPGs was a slightly less secretive and shameful activity one conducted in a brightly lit (indeed starkly, fluorescently lit) basement of a backstreet restaurant one entered through a nondescript door in a piss-stinking alleyway. There were no posters of hot women anymore; instead there were wargames piled everywhere and huge battle-maps where matches of Squad Leader were being kept in stasis for the following weekend. It didn't stink of cheap pot, but IPA and older adult male sweat and grease. The carpet hadn't been cleaned in years and was covered in bits of things you simply didn't want to even contemplate, yet alone ever touch with anything but the soles of your shoes. On all the walls there were shelves full of tiny draws, each of which was filled with anything wargame-related, from tanks to little plastic trees and bushes to ruined buildings. In the toilet was a chart which allowed you to measure how dehydrated you were by assessing the colour of your urine. There was also Warhammer paraphernalia everywhere.

Some time after that, playing RPGs was a still-slightly less secretive and shameful activity one conducted in a large room in a bleak sidestreet full of abandoned buildings on the outskirts of one of the shabbier shopping areas of the city. Again, no posters of Louise Redknapp. Instead, a vast horde of obscenely nerdish people, mostly men, constantly playing Magic: The Gathering and Yu Gi Oh! - like a scene from a Ligotti story, you had the suspicion upon entering the room that these people weren't really people at all, but figments of a dream; either always there, playing their meaningless games whatever the time of day, or never there unless you were - a cast of extras who came into existence only to serve as a vaguely hostile backdrop to whatever you were doing. The place stank of grease because of the burger grill in one corner of the room; inadequately ventilated, the room and everything in it was coated in a thin nasty film of oil. You only had to step in the door for it to cover you, so that when you got home you'd have to put all your clothes in the laundry basket (or better, a furnace) and scrub yourself clean in the shower like a surgeon or nuclear physicist. There was always an unholy racket of people getting too excited about Yu Gi Oh!, and every so often the Verbeeg-esque owner would lurch to his feet to bellow something in a voice that was oddly reedy for a man so tall. Occasionally prostitutes would come in to shelter from the cold and buy Pepsi. There was also Warhammer paraphernalia everywhere.

Some time after that, playing RPGs was a shameful but no longer secretive activity which one conducted, guerilla-like, in various normal locations: cafes, bars and restaurants where real people lived and worked. There was no Warhammer paraphernalia anywhere and for the first time there was civilized alcohol consumption. There was no stench of grease or oil - merely a stench of paranoiac dread hanging over you at the prospect of somebody you knew coming in. You felt a bit like a really bad performance artist doing something vaguely weird in the background of other people's lives.

Nowadays, playing RPGs is a not all that shameful and no longer secretive activity that you can actually do in a rather basic but friendly board game cafe. There is pretty good food and a decent selection of drinks, and you can actually sit there and play D&D as though it's normal.

That is what I call progress.
Posted by noisms at 04:11