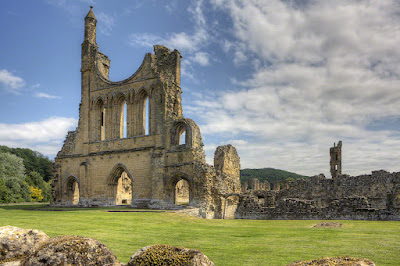 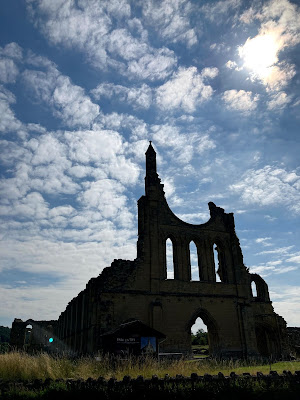 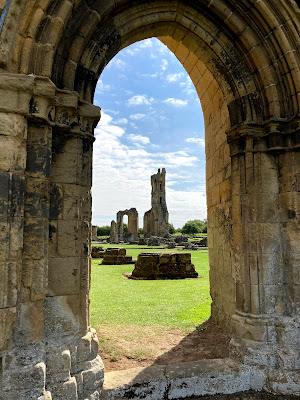 I am interested in the prospect of prospects for campaigns involving miniaturised PCs or gargantuan settings.
My ‘Three Mile Tree’ campaign is an example of this: a tree that is three miles high, which the PCs explore. Castle Gargantua was another. I can think of no others (although my knowledge of the field is hardly exhaustive). I don’t believe we have scratched below the surface of the possibilities in this region.
During summer I visited the ruin of Byland Abbey, one of the many monasteries destroyed by Henry VIII, in this case in 1538. Despite the fact that the buildings have practically been levelled, what remains is still impressive, and walking among the ruins one still gets the feeling of being dwarfed beneath a great and complex construct whose vast scale one cannot properly fathom.
It got me thinking that a megadungeon set within a real-scale ruin, but with PCs who are only 1cm high, would be interesting.
What I like about this idea most (and what I also like about the Three Mile Tree, as it happens) is that it expands the scope of exploration. One is not limited to the horizontal plane, but can combine it with the vertical: the PCs do not have to go downwards, interacting with a series of flat dungeon levels, but can climb vertical or near-vertical surfaces in order to reach new areas.
They can, for instance, climb walls and insert themselves into gaps which presumably lead to extensive caverns and burrows: They can ascend and descend huge staircases, each step of which may be in effect a dungeon-level of its own: 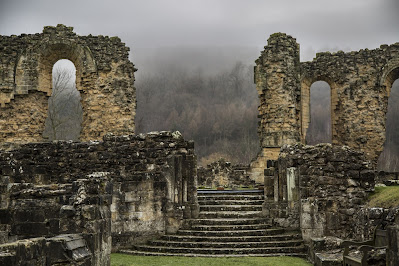 They can go into really fucking massive caverns: 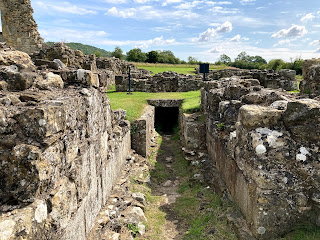 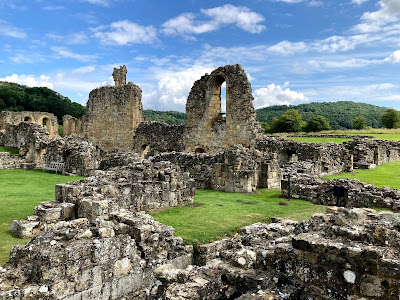 And they can explore ledges, wall-tops, sills, and the like, on which people of similar size to them have built little towers, citadels, villages, tombs, and hey, even abbeys, of their own: 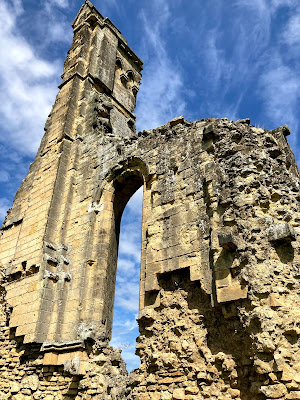 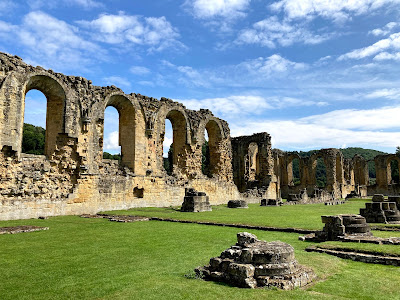 What is being achieved here, I suppose, is an additional exploratory field, between the dungeon level and the regional/hex level. What the ‘BIG Campaign’ does is insert an area map which links together lots of mini-dungeons, all at different levels and altitudes, but is more compact and detailed than a hex map proper, and with a unified theme/architecture.
Posted by noisms at 21:32