Towards an Aquatic-Aerial Combat System

My usual MO when running combat in D&D is to draw rough sketches to show where the combatants are in relation to one another. Some people use minis. Both of these methods can be easily replicated if running a game online.

Problems arise, however, the instant things get properly three-dimensional. The thing about fighting on land is that everybody is on the same (horizontal) plane. Underwater, or in the air, people can come at each other from above or underneath; indeed, manoeuvring to try to take advantage of altitude (or depth) would be a significant element of combat in such environments, and a large part of what would make it interesting.

The issue is that keeping track of objects in a three-dimensional space is really hard, and not something human beings, used to walking around on horizontal surfaces, readily intuit. This is probably why even in SF films and TV series set in space, we tend to find vessels interacting with one another on the same plane, as though they are resting on top of some sort of invisible intergalactic field rather than objects in an infinite void able to approach one another from any angle. Hence: 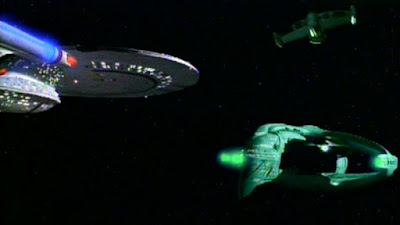 Trying to run combat underwater or in the air (or in space, for that matter) and doing a plausible job of it therefore would, I think, involve abandoning diagrams and instead reconceptualising combat as a true 'melee', with a totally fluid mass of combatants. The basic idea would be: