It goes without saying that Russia's invasion of Ukraine violates international law, not to mention morality, and I feel desperately sorry for everybody swept up in these events. But there is brewing in the West a bizarre kind of performative Russophobic theatre (not to mention a LARPish belligerent frenzy) that only serves to demonstrate that human beings are as irrational in our purportedly rationalistic modernity as we have ever been. We are really just where we were in 1914, smashing up shops owned by people with German-sounding names, renaming 'German Shepherds' Alsatians, and gathering together to boo at posters of the Kaiser.

Orchestras firing conductors or opera singers for failing to be sufficiently publicly anti-Putin is itself like something out of the McCarthy era; banning innocent Russian teenagers from playing ice hockey or 20-year old concert pianists from performing or Russian cat breeders from participating in competitions simply by dint of being Russian is even worse; but what can one say about Cardiff Symphony Orchestra's decision to stop playing Tchaikovsky, London Science Museum closing an exhibit about the Trans-Siberian Railway, or somebody at a university finding it appropriate to try to cancel Dostoevsky? It would be charitable to call it simple bigotry. It's a bandwagon of pig ignorance and lunacy.

The real world is one inhabited by people with different cultures but a shared humanity: every culture sheds light on the human experience in a different and valuable way, and the exclusion of high art from the world on its being rooted in the wrong culture is philistinism of the most pernicious kind. High art is a bridge between cultures, allowing us to see our humanity in new ways, and it is doubly important during time of conflict to remember this.

In defence of that principle, and as a tweak to the nose of the Cardiff Symphony Orchestra in particular, some inspiration from Russian high art for RPGs:

It begins and ends, in many ways, with The Firebird - an evil wizard who keeps his soul in an egg, a summonable magic bird that inflicts its foes with an 'infernal dance'; how more D&D could you get?

But you could just as well do with The Rite of Spring, which is the ballet equivalent of a Clark Ashton Smith or Lord Dunsany story, all naked cultist dancers and human sacrifice in the time-before-time:

And then there's his Chant de Rossignol, which is one of the finest pieces of orientalist art ever produced - like listening to the symphonic equivalent of the Jin Ping Mei; it was a huge inspiration for Yoon-Suin:

Do you like brooding orchestral pieces that are not only called The Isle of the Dead, but which sound like people approaching a literal Isle of the (Un)dead in order to explore it?

Or how about the Vespers, if you're in the mood for other-worldly grandeur and awe in the genuine sense of the word?

Night on the Bald Mountain, anyone? Whether as animated by Disney or otherwise? I mean, it's quite literally about a witches' sabbath:

And then there's the orchestral Pictures at an Exhibition, featuring reflections on the themes of 'The Gnome', 'The Old Castle', 'The Tomb', the 'Hut on Hen's Legs', and 'The Great Gate of Kiev':

In the Steppes of Central Asia, which conjures a distant and wondrous landscape better than any piece of music I know?

But if classical music isn't your thing, of course, perhaps some paintings: 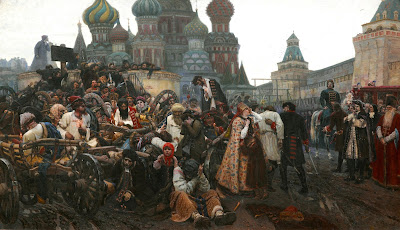 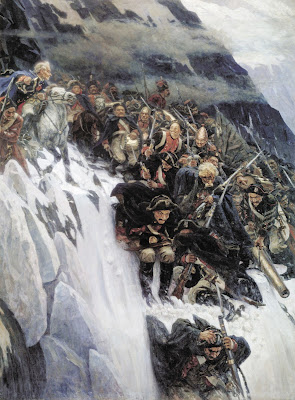 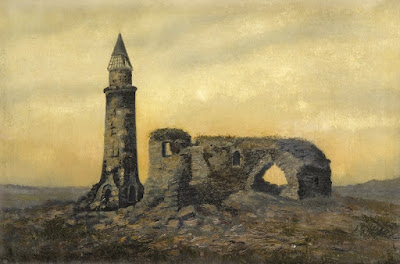 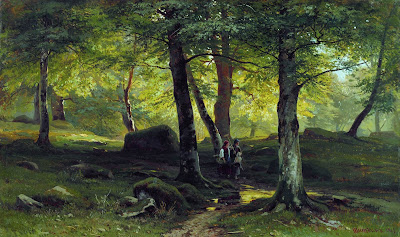 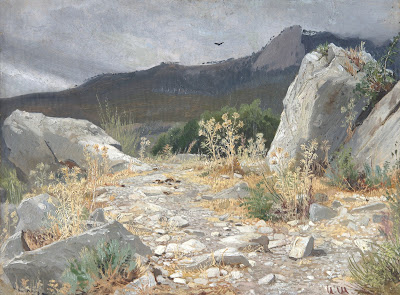 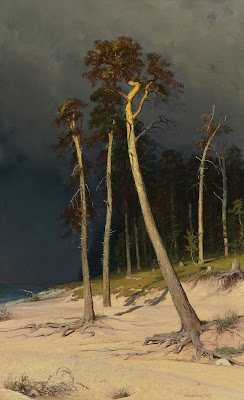 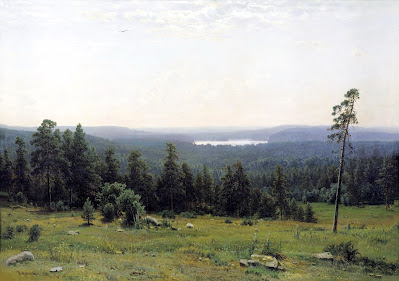 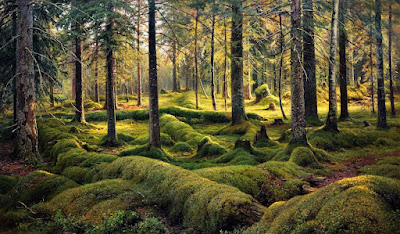 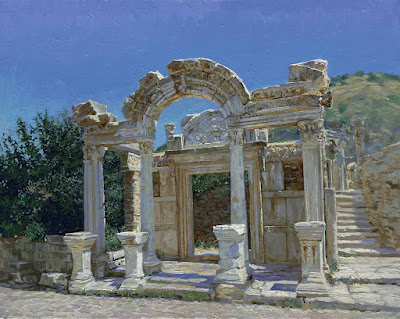 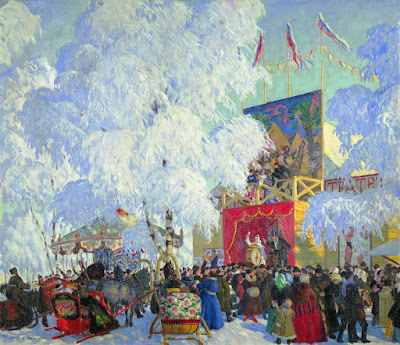 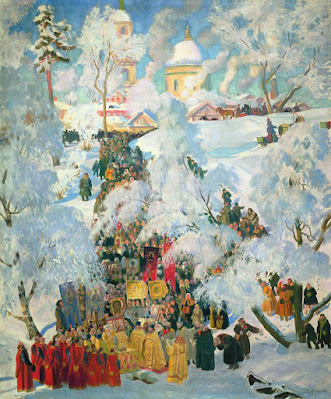 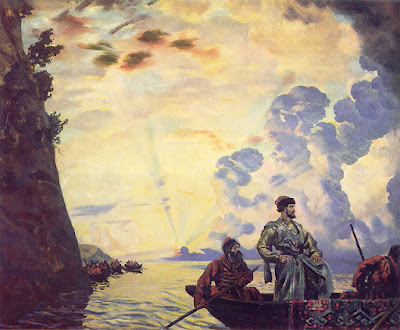 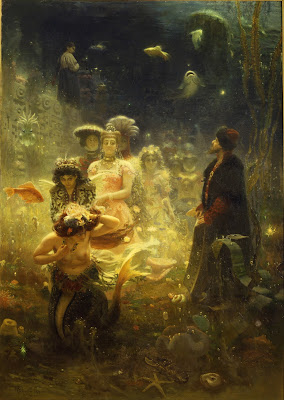 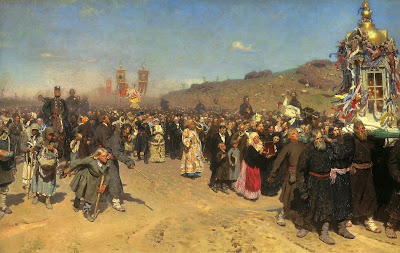 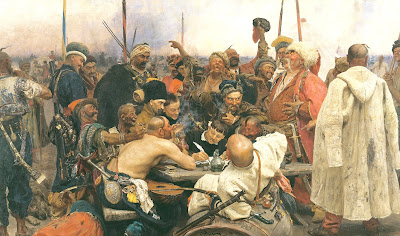 And I suppose if you really wanted to, you could go out and invest in Mythic Russia.