What is the World of TSRan?

As the name suggests, the World of TSRan is a campaign setting which takes the predicates of TSR-era D&D and follows through on them seriously. It is a world in which: 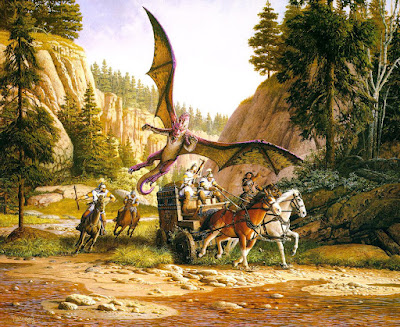 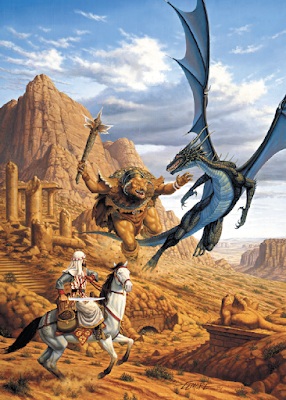 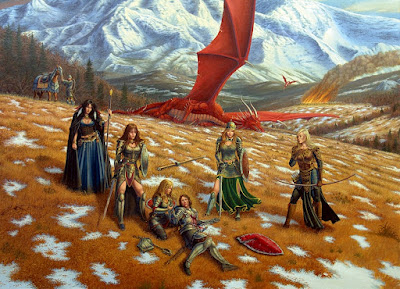 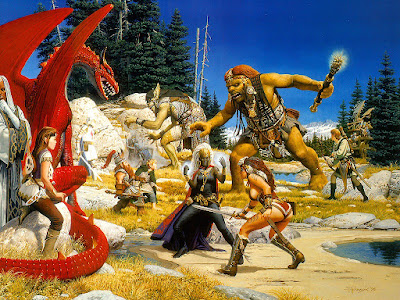 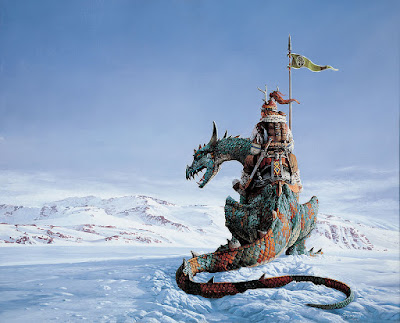 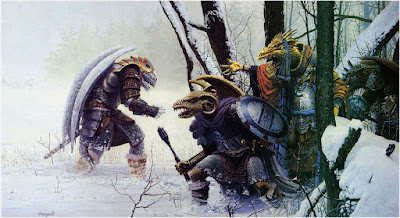 What happens in the World of TSRan?
The World of TSRan is one of high adventure. "Adventurers" are a known class of person and the world abounds with them; youngsters grow up with the phrase on their lips - "When I grow up, I want to be an adventurer." It is a world in which battle, theft, assassination, sorcery, summoning, burglary, kidnap and exploration are happening constantly and everywhere; in every forest and on every hill lurk giants, dragons, ogres and worse; every fold in the landscape conceals ruins, towers, tombs and ancient monuments; around every street corner in every town members of the guild of thieves plot against the guard; under the earth lies an Underdark thronged with life. The World of TSRan teems, even in its most desolate wildernesses.
Where is the World of TSRan?
The World of TSRan lies deep in the memory of every person middle-aged or older who played D&D and read Fighting Fantasy or Dragonlance books in their youth in the 70s, 80s, or 90s, and lies deep in the cultural memory of anybody younger who has ever stood on the merest fringe of that world. It lies on the covers of splatbooks and old issues of Dragon magazine; it can be found wherever the names 'McCaffrey', 'Eddings', 'Goodkind', 'Brooks', 'Weis and Hickman', and 'Dever' are still whispered and understood; it lives on in D&D settings the length and breadth of the world, wherever the word 'Dragonborn' is not mentioned.
How can I get to the World of TSRan?
Reach into your memories if you have them; if not, reach instead into the original iteration of the 2nd edition AD&D rulebooks - those of the dodgy blue and white interior art - which are the purest distillation of TSRanian culture known to the sages.
Posted by noisms at 04:22