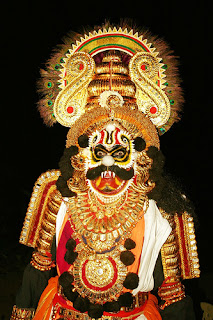 I noticed zzarchov posted something in response to my post the other day about orcs, from which this sentence interested me:

Now,  while I like the options there for making weird orcs,  at that point I figure they aren't Orcs.  They are goatmen or monkey demons or what have you.


I leave the question of when a mutant orc becomes a goatman or a monkey demon to the philosophers, but I feel like something has to be said about what orcs are and how I think of them.

The first point to be made is one which I'm sure you will agree with if you have been playing D&D for any length of time: orcs in mainstream D&D are fucking dull. They don't have any of the class or charisma of Warhammer orcs (who in my experience they often get conflated with anyway) and actually they probably shouldn't really exist at all: orc is just a different word for goblin in the key text, The Lord of the Rings. Worst of all, their role as the Bad Guy of Choice for the first 4 or so character levels in your typical stereotyped D&D campaign makes cliched and boring; familiarity with the orc has bred contempt.

Orcs also, for good or ill, seem to have taken on a lot of cultural baggage over the years. (I mean, just take a look at this thread.) Their role as iconic adversary leads to them being co-opted for all kinds of political arguments surrounding D&D: why are orcs 'evil'?, isn't killing them just for being orcs genocide?, etc. etc. This is problematic if, like me, you're not particularly interested in such matters but your fellow players are.

Finally, orcs in their mainstream form just don't fit with the kind of campaign settings I like. Orcs feel somehow European in a sense I don't find particularly interesting; and even if I ever run a campaign with a faux-European flavour I'd be more likely to fill it with fae creatures anyway. I don't mind reskinning goblins for a faux-Asian sort of setting, but there's only so much of that you can do before it gets old.

So, to the nub of the matter: these days, I don't use orcs. Or, at least, there is not a race of beings called 'orcs' in my games.

But this doesn't mean the word is unknown - I prefer it to mean something a little more abstract: 'orc' in noismsworld is an umbrella term for a wide variety of different races (in Yoon-Suin, goblins, yak folk, su-monsters, grasshopper men, and more besides) which could basically be defined as "things which are evil, not human, and hostile to humans".

'Orc', in this context, means something a little like the original meaning of 'Satan' - they are, simply, the enemy. They are the unknowable, unknown, despised and hateful other. What they are is up to me and whatever the game I'm running. Are they a race of humanoid crocodiles? Goatmen? Monkey demons? Humanoid crayfish with crows' heads? They could be anything and everything, but if they are Our Enemy then they are orcs, and that is that.
Posted by noisms at 17:30