The Importance of Cyberpunk 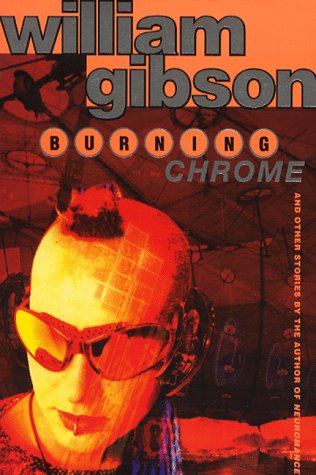 I'm not exactly in touch with what's going on in the fantasy and science fiction genres these days, so I may have missed such a phenomenon, but it strikes me that if somebody wanted to write socially important SF literature they could do a lot worse than resurrect cyberpunk or something like it.

In his famous introduction to Burning Chrome Bruce Sterling made much of the fact that Gibson wasn't interested in the people who benefited from technological advances, but those who lost out - his focus was "the victims of the new". This pretty much defines what cyberpunk was about: it's a genre which is preoccupied with how technological advances disenfranchise and alienate those who aren't lucky enough to see the upside. It was very much a product of the late 70s in that regard - whether miners in County Durham or automobile workers in Detroit, that was the era in which the world began to change forever for manual workers in Western world, as technological change and globalisation swept away the old order.

But this also makes cyberpunk, or at least cyberpunk's themes, appropriate for the modern day too. The world is undergoing another technological shift in the computer age: artificial intelligence, smart software and mobile technology are changing fields which were immune to the seismic shifts of the 70s and 80s - education (MOOCs), the service industry (Air BnB), taxis (Uber), transportation (driverless cars), etc. - and another wave of social chance could be in the offing. I don't believe in making predictions, but I think it's safe to say that there will be further disruption of established industries in the near future, if it isn't happening already.

People much more intelligent and knowledgeable than me are already thinking about this. I don't pretend to have anything particularly insightful to say about it. But I do think that there will be further "victims of the new" who can be the concern of a resurgent cyberpunk-esque literature. Who are the new "victims of the new"?

First, badly educated men in rich countries. Nowadays, as the author of the linked The Economist report puts it, the real money in the modern day is in brain work, and brain work is something men disproportionately struggle at. Everywhere in the developed world, boys are being outstripped by girls in almost any measure of educational achievement going. You don't have to be a crazy men's rights activist (CrMRA) to be concerned about the life prospects nowadays and in the future for men who couldn't concentrate or focus in school.

Second, people lacking self-discipline who will spend more and more time doing nothing much at all online. There are great opportunities in the modern world for people with initiative and gumption: consider that there are now people (admittedly a small number) who can make a living making and selling their own board games or role playing games - not to mention simply playing games online in front of an audience. But for people without the requisite character (or simply the requisite luck) the opposite is true: the plug-hole of the internet can drain away all your time and life chances before you've even realised what's happened.

And third, the young. Unemployed or one of the 58.8% of graduates in a non-graduate role, heavily indebted, no prospect for home ownership, let down by the de facto distributional coalition of middle-aged and elderly voters who have carved up society's wealth for themselves...if you are under 30 and reading this blog, it may sound familiar. I got out by leaving the country at the age of 21. Others make it by having rich parents, working like stink, or luck. There are opportunities out there - they just aren't very evenly distributed.

I don't mean to suggest that people should be writing novels about bored young men sitting on their arses playing whatever has superseded Second Life. But they could certainly be writing novels about bored young men trying to make something out of the bad luck they've been given. Not in the interests of making political or sociological statements, but in the interests of thinking about what it means to be alive and in the world in the years 2015 and onward.
Posted by noisms at 22:36