When people talk about fantasy artists they often forget Angus McBride. That's what you get for not working on D&D, Fighting Fantasy or Warhammer, I suppose. It's a shame, because his work is simply beautiful. Expressive, detailed, dynamic, and gorgeously composed, but also strangely human and sympathetic - almost tender. Look at little Merry hidden away in the picture of Eowyn and the Witch-King, a tiny little figure who performs for us the role that all the halfings do in Tolkien's work - humanising what is taking place before us. Look the way the orc at the front-and-centre in the picture under that seems almost frantic, like he's being bustled along by the others a little too quickly for his liking; he's suddenly not quite as enthusiastic as he was a few moments ago. Look at the simple stark purity of Gandalf facing off against probable doom as the Witch-King approaches the gate, or the look of brute despair on the troll's face as he stumbles through the door in the Moria scene. This was a thoughtful artist - a man who knew how to tell a story with a single image. 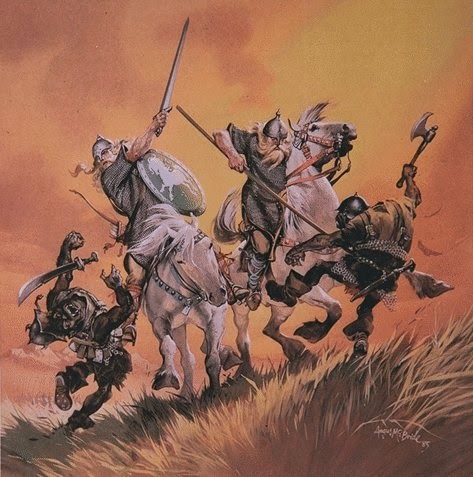 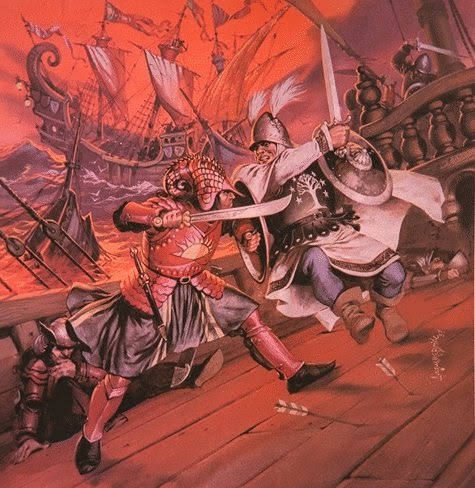 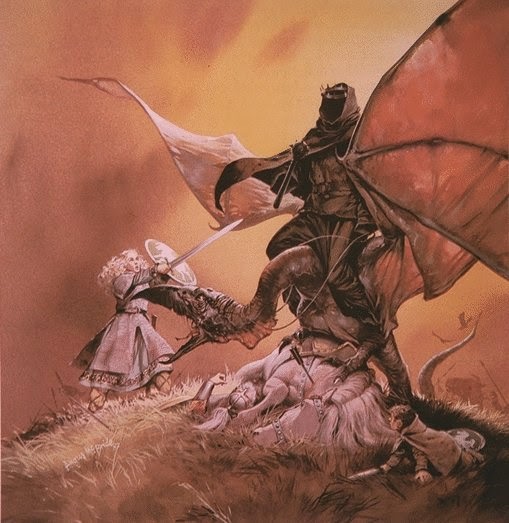 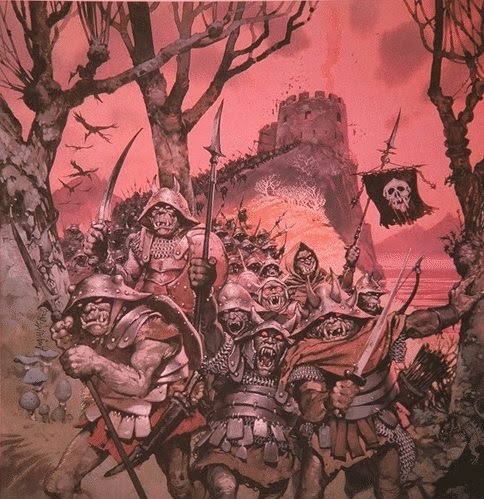 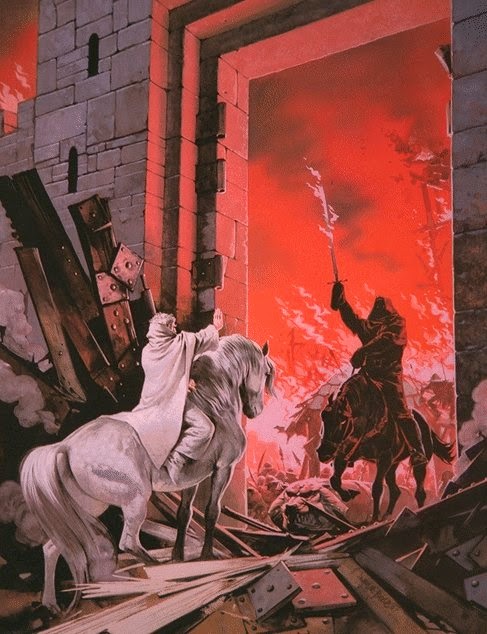 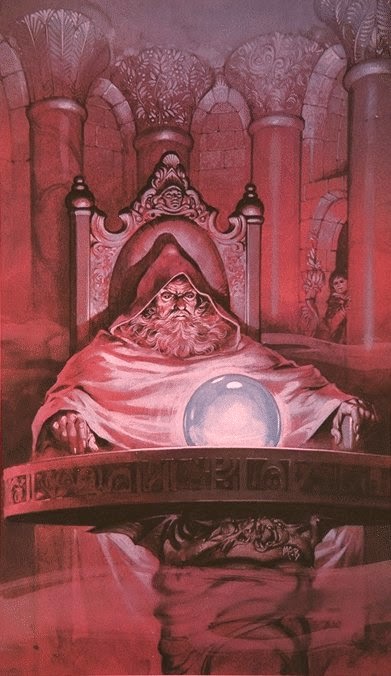 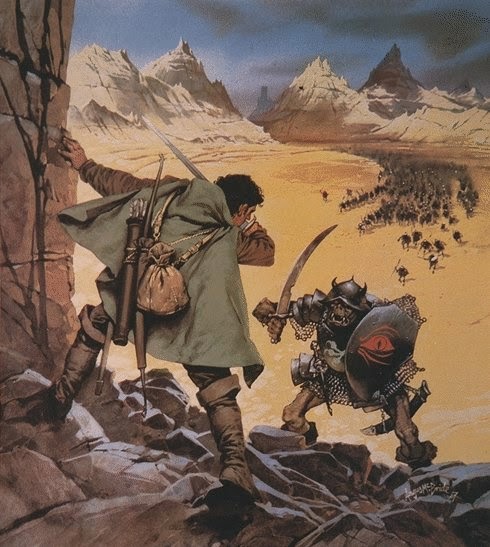 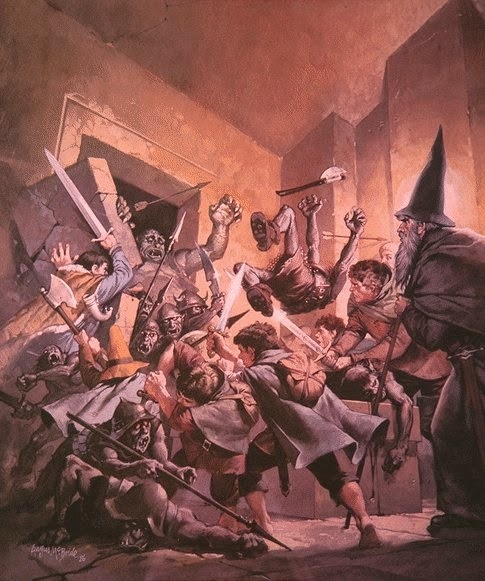 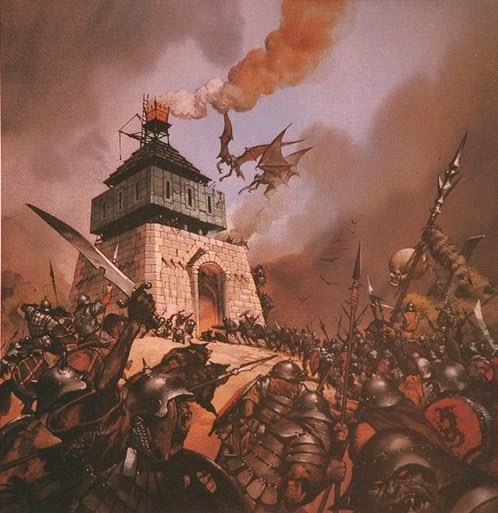 It's surely no accident that he was also a great illustrator of historical scenes, mostly in the picture books about the Roman era that I used to read as a kid; he had to make those scenes come alive, and the skills were perfectly transferable to fantasy illustration. His historical stuff often has a surprisingly hard edge to it - he didn't shy away from the ugly side of history. It's exciting, but he didn't lose sight of the fact that everybody in his pictures is a person. It's an interesting contradiction: the pictures are thrilling but at the same time you feel sympathy for the people in them. It takes a special kind of skill to achieve that. 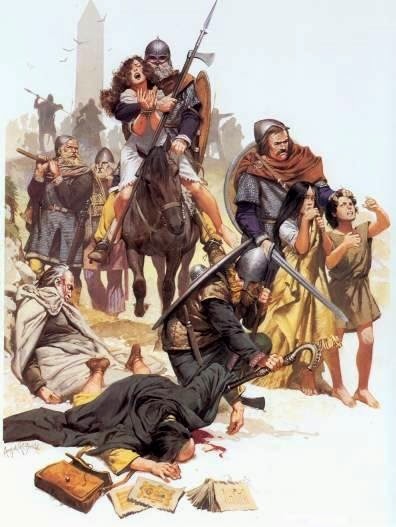 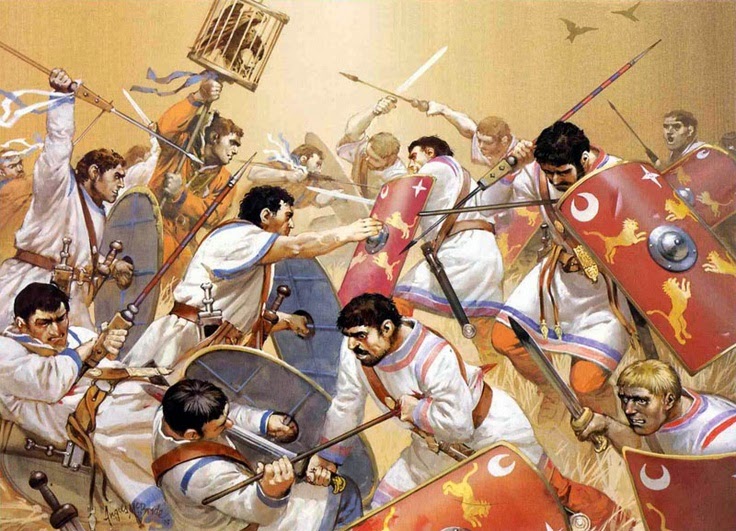 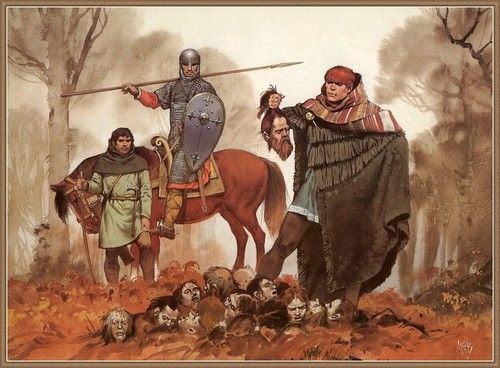 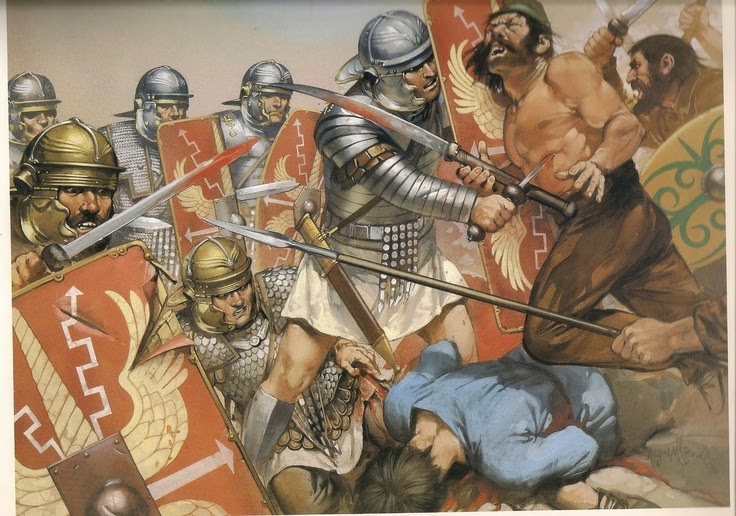