Regular followers of the blog will know I can't stop picking at the theme of improving D&D wilderness play. (See posts passim here, here, here, and here. A lot of interesting discussion along similar lines takes place on this old Hill Cantons post, and this old Nine and Thirty Kingdoms one.) Three thoughts occurred to me along these lines while spending an outdoors-y weekend.

1. I'm becoming keener on what I'm starting to call the extended wilderness encounter, which begins not when the two parties necessarily see each other, but when one of them realises the other exists. This could be on sight (for instance, well concealed bandits waiting for a passing group of horsemen) but it could equally be a distance of miles. Take, for instance, the photo I took on Saturday: 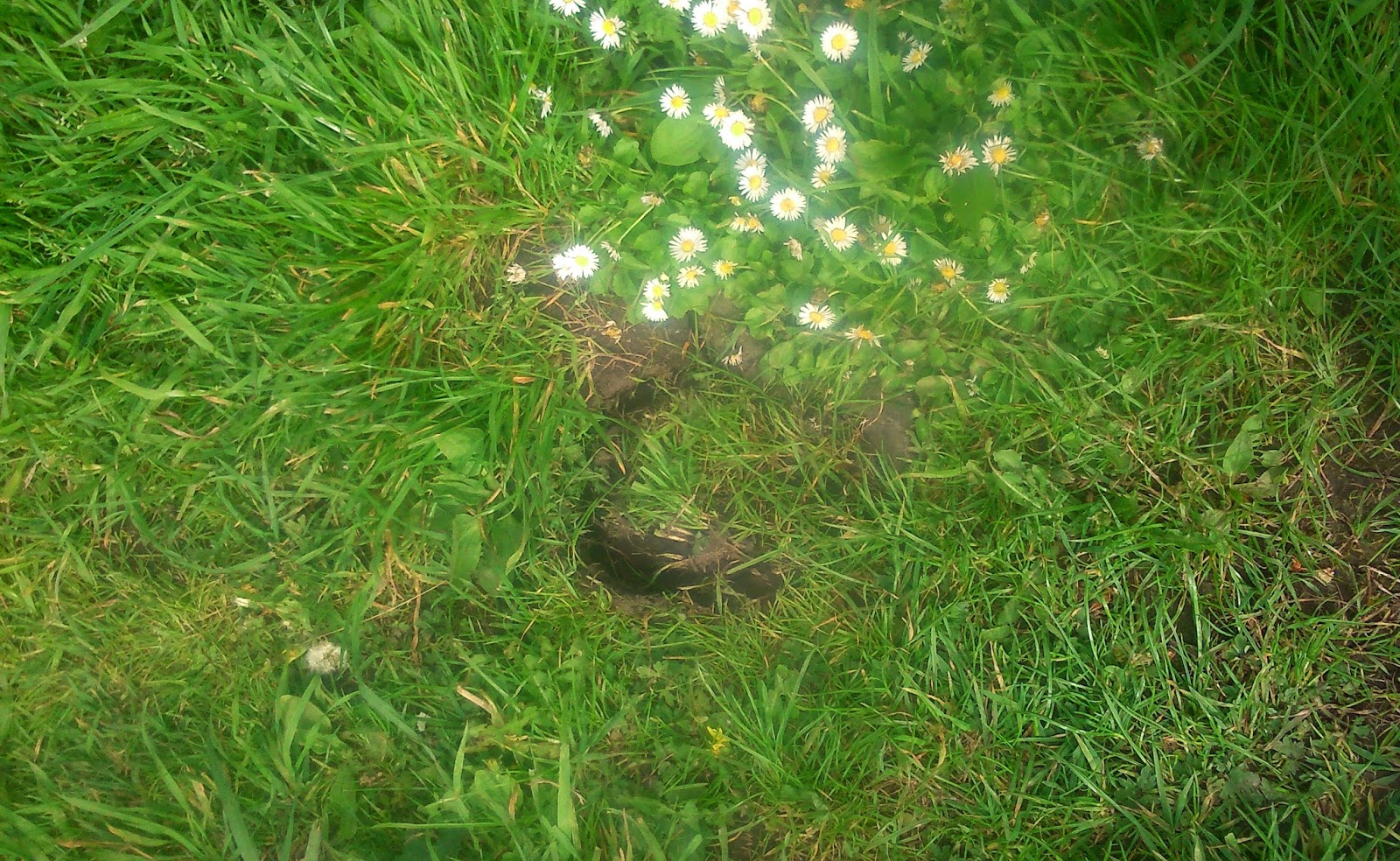 You didn't have to be Aragorn to notice that a horse had walked by and it had been most-likely wearing a horse-shoe and hence carrying a rider. And you would have had to have been more-or-less blind to miss it. God knows where the horse and rider were at the point I noticed its tracks (I wasn't about to follow them) but it was likely miles away. So what business do we have rolling up encounter distances in the wilderness of d4x10 yards or whatever?

2. We're very wedded to a human view of the universe even in the context of a fantasy game. During summer if you're hiking around the Northumberland countryside you can't move for pheasants. They've all been set loose by game-keepers on local country estates so they can fatten up ready to be shot - 30 million of the poor bastards nationally each year, it seems.

I've been comings across pheasants constantly in all my time hiking this area of the country, but the question has never occurred to me before: what kind of creatures would storm giant game-keepers release every year to hunt? I'm caught up in thinking of the wilderness from a human perspective - human use, and human scale. Horizons need to be expanded.

3. A big element of making wilderness adventure exciting has to revolve around accurately representing how tough it can be out there. The other day I was watching a Natural World documentary about the Scottish Highlands; the narrator quite blithely stated that lots of deer die in the Western Highlands during spring because they've been rained on so much over the winter that they are critically weakened and die of exposure. And that's deer, who you'd think would be reasonably well equipped to deal with the elements. Imagine being a medieval person travelling through that sort of environment. There's a reason our ancestors didn't get about much.
Posted by noisms at 03:29