Covering Ourselves in Glory

Everybody is talking about the new D&D covers. My own opinion is that they're not what I want, but they're not as bad as they could have been, and I like that at least they've retreated from the awesome-adventurer-striking-an-awesome-pose school of RPG art. This is more the monsters, monsters, rahhh school of RPG art, and while I don't find that hugely compelling nor do I find it irritating. And I'm 32; I reckon if I was 12 I'd be all over monsters, monsters, rahhh.

But this makes me think about my favourite RPG book covers. What are the covers that stand out in my mind as being genuinely excellent? Because, let's face it, most RPG art is studiously mediocre. I'll narrow it down to a top 3.

1. The Keith Parkinson Rifts cover. I've never in my life played or owned Rifts, but I remember seeing this book in a shop somewhere when I was a kid and thinking it was among the greatest things I'd ever seen - to 9 year old me, it felt properly edgy and adult and even a wee bit scary. You shouldn't underestimate the power of genuine weirdness to entice young and impressionable minds. 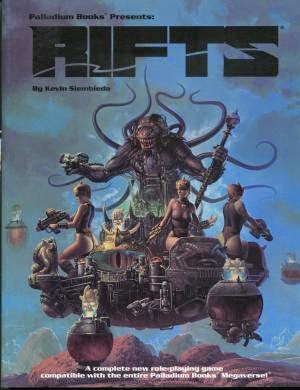 2. The Changeling: The Dreaming cover. The game itself is emo to-the-max, but this cover is like no other cover that there has ever been for a game before or since. Like it or not, it's different. It says: this is going to be something unique. And it gives almost nothing away. All you know is that it makes you curious to know what's inside. 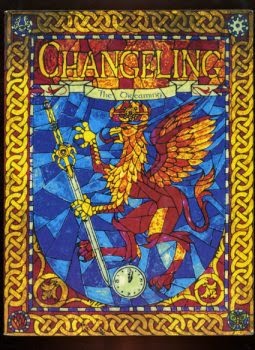 3. The Planescape campaign setting cover. Again, like with Rifts, I can remember the first time I saw the cover to Planescape - it was in, of all places, Tel Aviv, in a game shop I had wandered into. I remember just thinking, "What's that all about?" The Lady of Pain logo looked almost like some Pacific Island idol or Mayan bas-relief, but then what's underneath is, again, like nothing you've ever seen on the cover of an RPG before or since. I think of all RPG covers out there, this may be one of the absolute bravest, because it says almost nothing and has almost no real content: it's for all intents-and-purposes a weird street in a weird city with people walking along it. If that. But it has a feel; the feel pulls you in. You have to wonder who commissioned it - who said, "Yes, that will be exciting and make people want to play it." The painting has no earthly business being the cover of a flagship AD&D boxed set. It's not awesome-adventurer-striking-an-awesome-pose school; it's not monsters, monsters, rahh school; it's not let's-go-adventuring-AD&D-first-edition school; it's.... trippy and vague and ephemeral and you're not sure what's going on school. And in its own way, that gave it a wow factor beyond dragons and beholders and people with big swords. 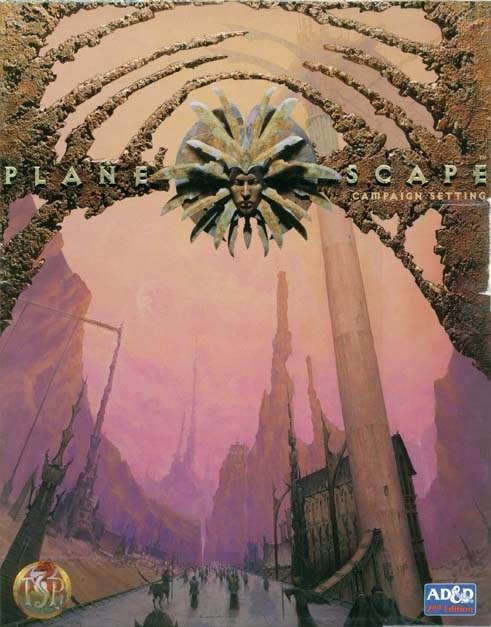