The Romance of Central Asia

When I was 18, I spent a summer in Kyrgyzstan working as a volunteer with street orphans. This sparked a romantic flame in my heart for Central Asia which, although dimmed by time, has never been extinguished.

For a person from a small, wet, green and crowded island on the edge of a continent, there is something unspeakably exotic about the Eurasian landmass to begin with - the empty vastness of it is about as distant from one's geographical experience as it is possible to get without going under the sea, or to the South Pole. Everything about Britain is modest. Our highest mountains are really just big hills. Our biggest lakes are mere ponds. Our mightiest rivers would barely register as minor tributaries of an Amazon or a Mississippi or a Volga or a Nile. Our summers are not hot. Our winters are mild.

Central Asia is the opposite. Never mind the scale of the mountains, the hugeness of the steppes, the lakes (Baikal, Balkash, Caspian) which dwarf entire countries. The sky itself is bigger there: a great blue gulf that hangs above you, distant and endless and coldly beautiful, under which your affairs can only feel as though they have the most trivial significance if any at all. It's no wonder the steppe peoples of long ago - and today, indeed - made it into their god. How could one not, when it is so manifestly and ineluctably there wherever you go?

Finding oneself unmoored in this colossal ocean of land, one has the sense of entire societies, peoples, civilizations (Tocharia, Dayuan, Kwarezm, Massagetae, Alans, Xiongnu...) becoming lost in its emptiness, like flotsam borne away on the surface of the sea - slowly but inexorably growing ever distant from each other and all around them as the decades, centuries, millennia unfold. A feeling that human history is nothing more than the comings and goings of items borne on tidal currents washing from East to West and back again, a process with neither beginning nor end nor meaning in between. Scythians, Greeks, Sogdians, Mongols, Turks; there and back again, and the earth enduring under their hooves. This is the truth of it everywhere, of course, but it is only on the galling scale of the Eurasian landmass that one cannot escape it by losing oneself in the crowd, as we in Western Europe do.

This map above all excites me. The Eastern hemisphere in 200 AD. Who needs a fantasy setting when this lies before you? 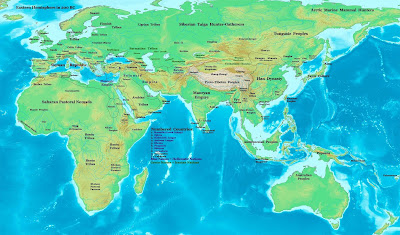 But these images manage to do it too: 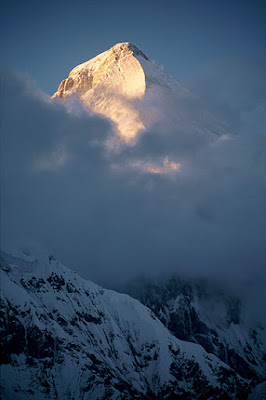 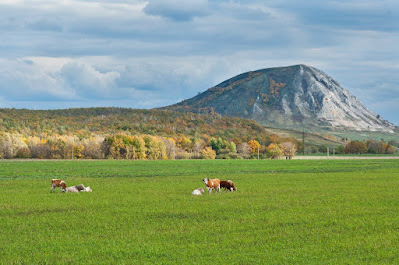 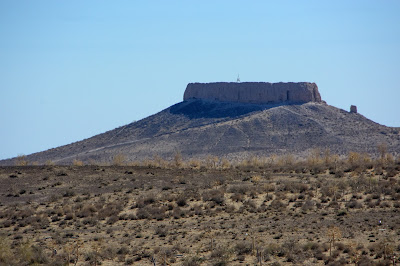 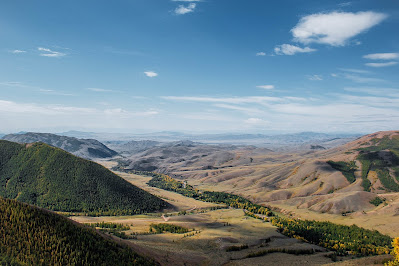 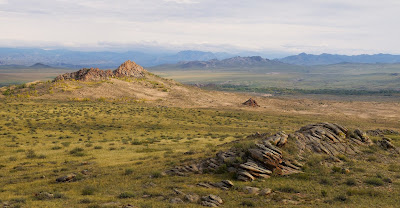 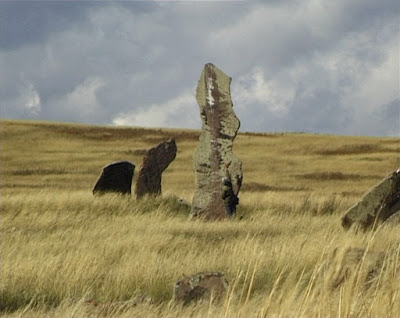 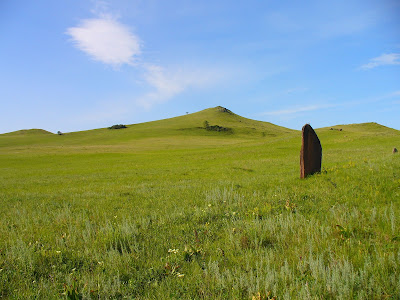