I have a sizeable backlog of releases that will all come out in a great orgasmic flow within the next year or two. After them will come Behind Gently Smiling Jaws.

This project has been through many iterations and has occupied my mind for countless hours of daydreaming. I have now thrashed it into shape in my own mental workshop like a panel beater, and I think I have something that is now flat and malleable and ready to be shaped.

The basic concept is:

Simple, right?
Anyway, in a sense all of that is irrelevant. Basically, the campaign setting is like Gamma World, except the apocalypse wasn't a nuclear explosion but a CROCODILE MEMORY BOMB. The PCs are Naacals; they adventure in our world, but one rendered forever strange by the intrusion of many things which should not be - the dimly remembered artefacts of the world's own ancient past, mixed with the influences of seven very charismatic but psychically disturbed interlopers.
Hence, creating a campaign map will involve mapping out an area of the world which you personally know well (in my example case here, the Wirral peninsula and its surroundings): 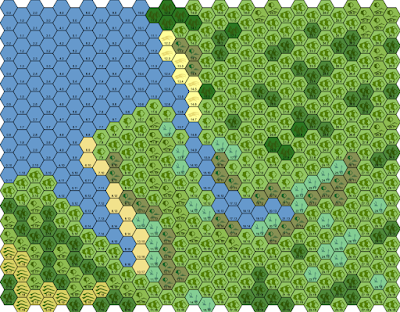 And then procedurally inserting shards of weird dream terrain into it, together with their memory-contents (dinosaurs, sea creatures, early hominids, etc.): 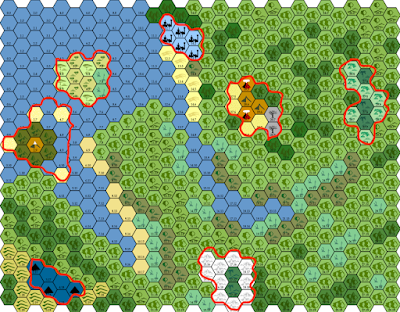