When the dinosaurs met their end, the crocodile bore witness. In those years of fire, ash and shadow, when the earth trembled and quivered beneath the dust-shrouded sun, their stricken undead souls wandered, and the crocodile watched them as it watches all. Now so many eons have passed that time itself has caused even those lost pilgrim spirits to fade to nothing, the way old spider webs are breezed away by the wind. But the crocodile still remembers them.
Undead dinosaurs are a combination of a base type and an undead nature. Roll on the following table, or choose. 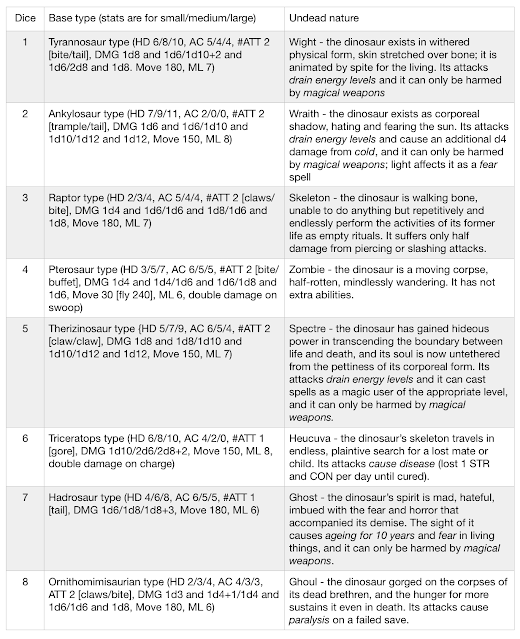