Maze of the Blue Medusa: A Coming of Age Story 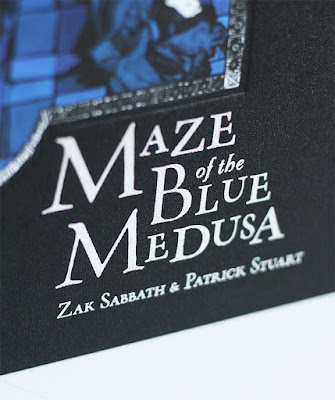 I'm sure you've already heard about the release of Maze of the Blue Medusa. I don't want to lay it on too thick, so I will refrain from gushing too much; suffice to say, I feel as though this is the point at which the Do-It-Yourself RPG movement has come of age.

Please understand me: I am not talking about "the OSR", which is a term I have never really liked. I am talking about the broader liberalisation, if you can call it that, of the creation of RPG materials for mass audiences - as facilitated and boosted by technological advancement (the internet), changes in the industry (the OGL and similar), and key innovators (everybody from Vincent Baker to Ron Edwards to James Raggi). This is what I mean when I talk about "DIY RPGs"; it's not something which the story gamers or d20 publishers can fairly be excluded from.

Why is it a coming of age moment? Because Maze of the Blue Medusa is, I think, better than most if not all mainstream RPG books which I own. It is not quite Pendragon, not quite the original Planescape boxed set. But it is at that level, in terms of the quality of the product and its content.

The fact that a couple of people made it from the modern day equivalent of a studio garret demonstrates two things. First, there are people with sufficient talent, and second that technology has advanced to such a level, that there is no excuse for there not to be a hundred such products emerging from this thing which I refer to as the "DIY RPG movement" within, say, 10 years' time. Products which are in the same bracket as the original Planescape boxed set, which was the pinnacle of what TSR was capable of at its zenith.

That is really quite something.
Posted by noisms at 03:10